Move over NASA— SpaceX is taking over.

Well, not really.  But today, the privately funded spacecraft company broke all expectations when their Dragon capsule fell to a soft landing in the Pacific Ocean, completing an undoubtedly successful demo flight of nearly two full trips around Earth.  It was the first re-entry of a commercial spacecraft ever, bringing commercial space transportation closer to reality. 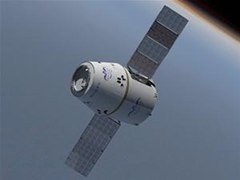 The Dragon spacecraft launched from Cape Canaveral this morning, with the help of a Falcon 9 rocket.

SpaceX launched its Dragon spacecraft into low-Earth orbit atop a Falcon 9 rocket at 10:43 AM EST from Launch Complex 40 at the Air Force Station at Cape Canaveral.

The Dragon spacecraft orbited the Earth at speeds greater than 17,000 miles per hour, reentered the Earth's atmosphere, and landed in the Pacific Ocean shortly after 2:00 PM EST.

This marks the first time a commercial company has successfully recovered a spacecraft reentering from low-Earth orbit.   It is a feat performed by only six nations or government agencies: the United States, Russia, China, Japan, India, and the European Space Agency.

It is also the first flight under NASA's COTS program to develop commercial supply services to the International Space Station.  After the Space Shuttle retires, SpaceX will fly at least 12 missions to carry cargo to and from the International Space Station as part of the Commercial Resupply Services contract for NASA.  The Falcon 9 rocket and Dragon spacecraft were designed to one day carry astronauts; both the COTS and CRS missions will yield valuable flight experience toward this goal. 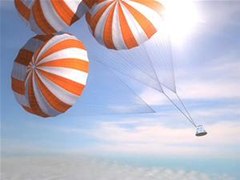 If you want, download the PDF of the official Press Kit from SpaceX. 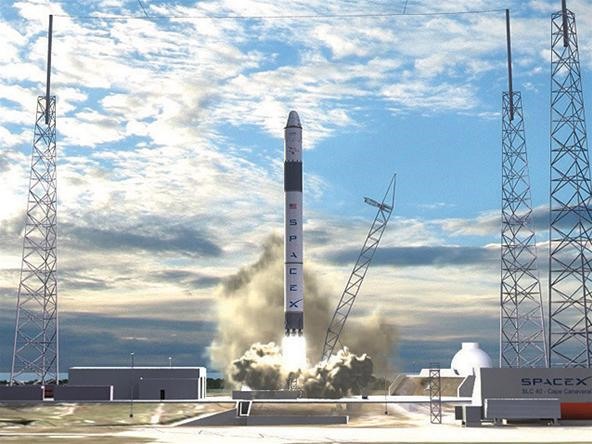 Now, if Elon Musk (the co-founder of PayPal) can do it, you can, too.  But you might want to start a little smaller, with basic rocketry.  Maybe a small liquid-fueled rocket engine... 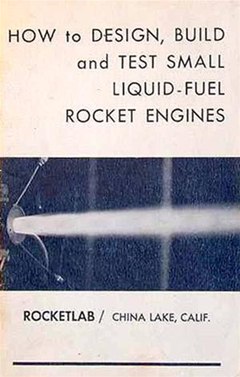 It's an oldie, but a goody for anyone interested in rocketry and spaceflight.  This extensive how-to manual from Leroy J. Krzycki of ROCKETLAB has been out of print for some time now, and it can be access online from multiple websites (or via the chapter links below):

You can also download the full "HOW to DESIGN, BUILD and TEST SMALL LIQUID-FUEL ROCKET ENGINES" from 1967 as a PDF or tarball file.  Here's a couple links where you can get them: 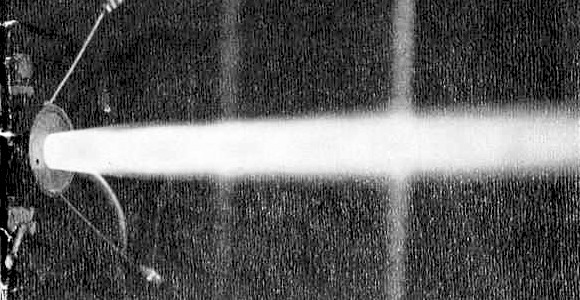 The rocket engine is a relatively simple device in which propellants are burned and the resulting high pressure gases are expanded through a specially shaped nozzle to produce thrust. Gas pressurized propellant tanks and simple propellant flow controls make operation of a small liquid-fuel rocket engine about as simple as operating an automobile engine. Why then do so many amateur rocket engines fail or cause injury? The reason, usually and simply, is that the amateur is not accustomed to high pressure devices operating near material temperature limits. His normal everyday life is, instead, filled with devices and gadgets operating at low pressures and at low thermal energy levels. With proper design, careful workmanship, and good test equipment, operated in a safe manner, the amateur can build small, liquid-fuel rocket engines which will have hours of safe operating life.

The puropse of this publication is to provide the serious amateur builder with design information, fabrication procedures, test equipement requirements, and safe oeprating procedures for small liquid-fuel rocket engines. 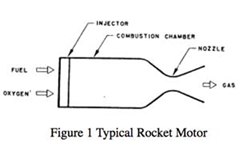 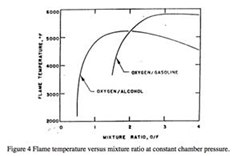 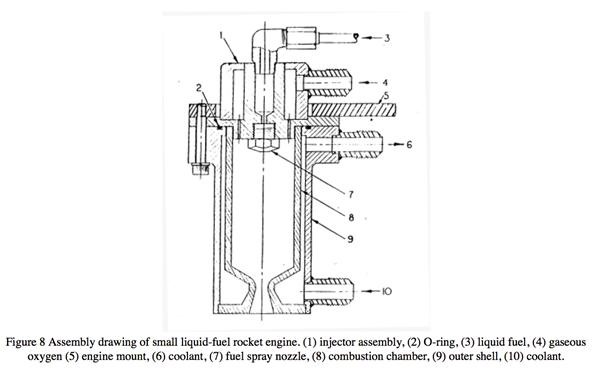 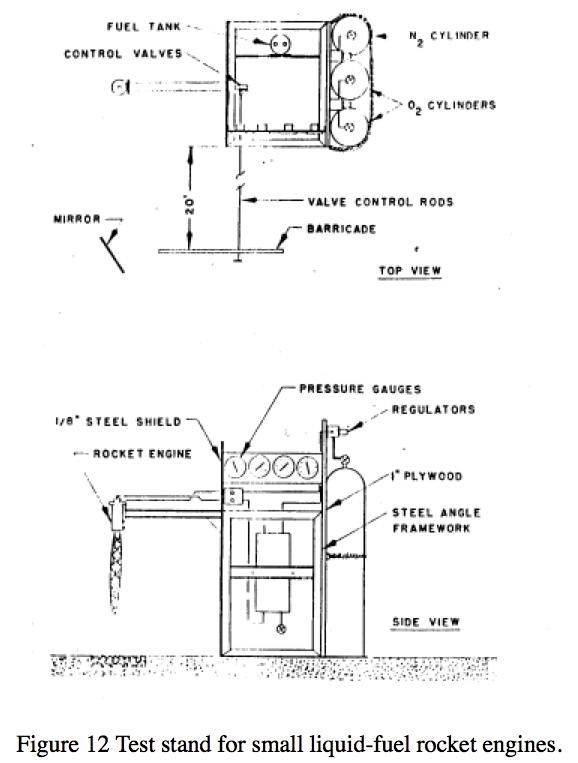 Check out Liquid Rocket Engine Build 2014 and if you have any questions about the build contact me via my website I am currently in the process of working on a 100lbf regeneratively cooled rocket motor.