Have you ever felt the desire to reach out and touch a galaxy? Or "feel" those stunning nebulas and planets you see in Hubble photos? As alluring as it sounds, it's safe to say the odds of your whim coming true are nonexistent. You'd have to travel about 6 earth years and spend millions of dollars building your own personal spacecraft to get close enough to actually wave your hand through one of Saturn's rings. But in an attempt to help the blind "see" what they're missing, some semblance of astronomy tactility is now possible. Thanks to the Space Telescope Institute, with the aid of a thermal printer, anybody can now "feel" the beauty of the galaxy from the comfort of Earth.

Of course, most of us don't have a thermal printer expansion machine, but if you're blind, you just might. Like a cross between a point-of-sale credit card machine and a label-maker, the thermal printer uses heat to emboss a specially prepared image onto rubbery thermal paper. You can get one at the American Thermoform website for about $1000.

The idea of tactile printing was developed so that the blind could compute just like us—the thermal printer can type, print documents, and read them back by feeling a sequence of raised braille dots. The raised thermal images aren't capable of capturing every detail and colorful nuance of the Hubble photograph masterpieces we've come to know and love, but they do offer a lot more than the standard braille dots. In one image, Saturn's rings are raised up on the paper at different heights to delineate visible stripes running through them. The stripes you see in the planet itself— the result of gases in its atmosphere—are touchable as well.

If you happen to have access to a thermal printer, visit the Amazing Space Tactile Astronomy webpage for dozens of free printable Hubble thermal printer PDFs; examples of what the files look like below. 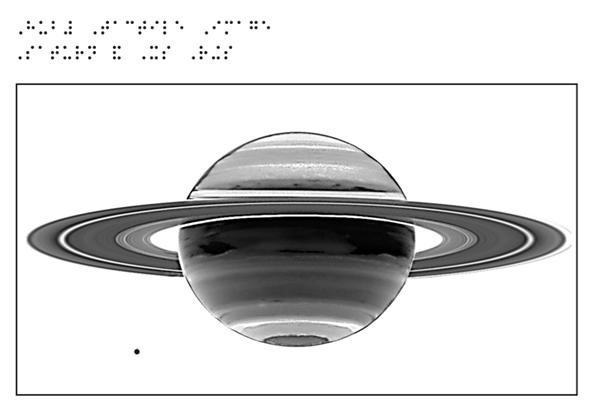 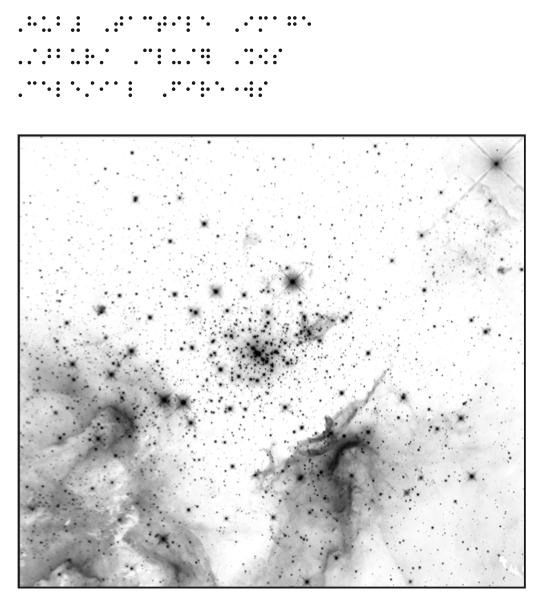 Its a good thing the "gas" is only feel able.
I know, its weak.

Thanks for the backup!