Popsci has posted 2009's most amazing scientific images, and there's quite a few great ones in there. A few of our favorites below, click through for all 62. 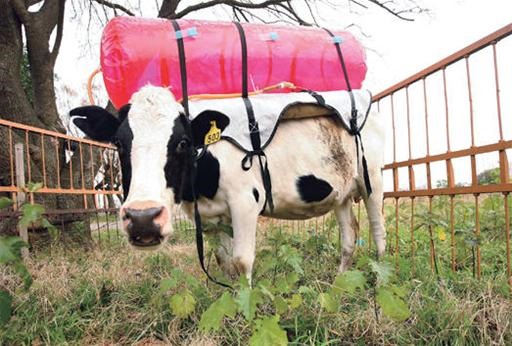 In short, Cow Farts. "Scientists measure methane at the source: In a lush pasture near Buenos Aires, this cow and its compatriots are digesting important information: how much methane—a greenhouse gas 20 times as potent as carbon dioxide—is released by the country's 55 million bovines..." 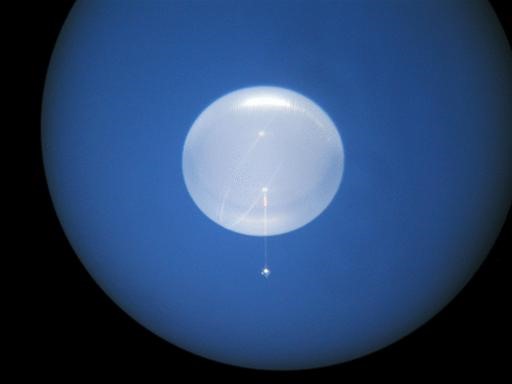 NASA's Super Pressure High Altitude Balloon.  "This seven-million-cubic-foot super-pressure balloon is the largest single-cell, super-pressure, fully-sealed balloon ever flown. When development ends, NASA will have a 22 million-cubic-foot balloon that can carry a one-ton instrument to an altitude of more than 110,000 feet, which is three to four times higher than passenger planes fly." 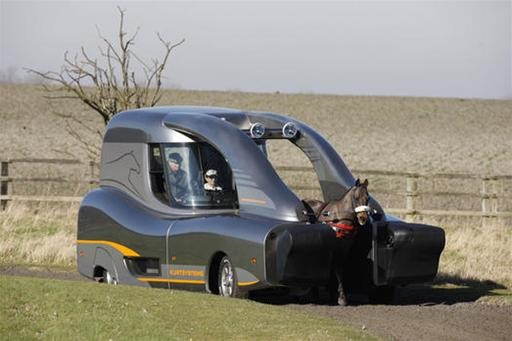 The Horse Training Car. "What may look like a complex horse-drawn carriage is actually a high-tech way to automate the delicate process of training racehorses. The horse isn't pulling the four-and-a-half-ton, $427,000 vehicle. Rather, the vehicle keeps pace with the animal, and trainers fit the horse with equipment such as an electrocardiogram machine, oxygen masks and movement sensors to monitor its performance..." 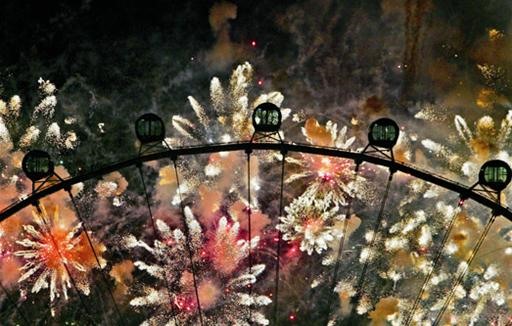 World's Tallest Ferris Wheel. "Spinning 580 feet above the city, the Singapore Flyer is the world's largest observation wheel. Like its older sibling, the 443-foot-diameter London Eye, the 490-foot Flyer has a stiff rim supported by long cable spokes (the extra 90 feet of height comes from the Flyer's base). Unlike the Eye, the Flyer's rim is nearly invisible—a feat achieved by rearranging the cable spokes into triangles, which pull in diagonally from the inner and outer sides of the rim..."

Robo-Einstein Learns to Smile. "A hyper-realistic Einstein robot at the University of California, San Diego learned, through a process of self-guided machine learning, to make facial expressions (by way of about 30 facial 'muscles', each moved by a miniscule servo motor connected to the muscle by a string)." 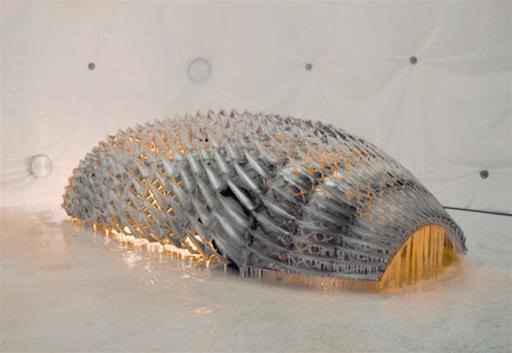 Olafur Eliasson's Frozen Car Sculpture. "A high-concept sports car becomes a high-minded comment on global warming: At the center of this two-ton ice sculpture is a 187mph hydrogen-powered BMW racecar. To create the piece, part of BMW's Art Car Collection (arriving at the Gallery of Modern Art in Munich, Germany, this month after a stint at the San Francisco Museum of Modern Art), artist Olafur Eliasson replaced the plastic shell of the H2R concept car with two layers of steel mesh..."

This guy in particular is wild, defining space
http://www.olafureliasson.net/LIS_3/morning_coffee_break/hand-space_movement.html