It's tough to figure out what a mummy would have looked like when he was alive; soft tissue of a human body decays, even in ice. But, Dutch brothers Adrie and Alfons Kennis took the challenge. Using techniques that belong to both science and art, they managed to reconstruct the face and body of Otzi the Iceman, a mummy who was found in the Italian Alps in 1991. 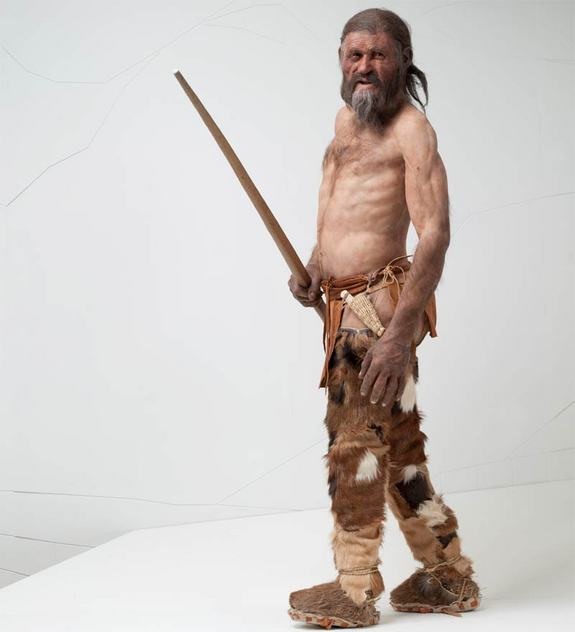 Add clothes and tools found with the Iceman and you can see a crazily life-like sculpture of a man who once lived during the New Stone Age (about 5000 years ago) when agriculture had just been developed in Europe, people lived in small tribes, and some tribesmen lived in small mud houses. According to his body size and bone structure, the Iceman was very mobile during most of his life; he may have been a shepherd. 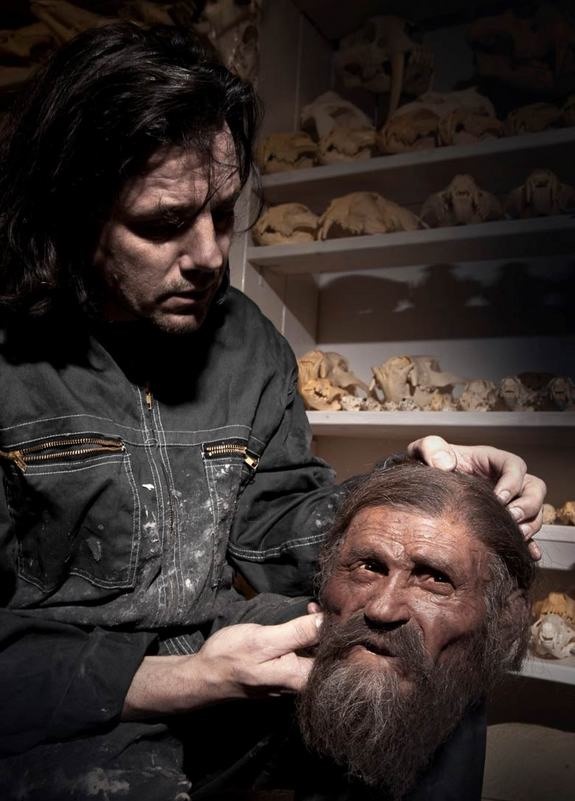 The Iceman's full body was found in an area around a glacier, covered in a frozen layer of skin that had shriveled to the bone over time as his soft organs and muscles decayed. The mummy was stored in the South Tyrol Museum of Archaeology in Italy for 20 years. 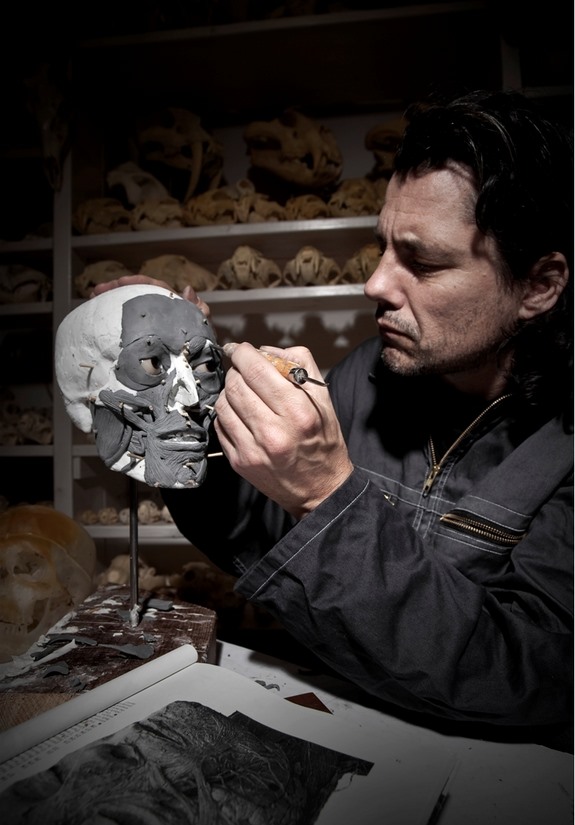 The Kennis brothers used 3D images of the Iceman skull to make a model of it, to underly the life-like face they would construct on top. 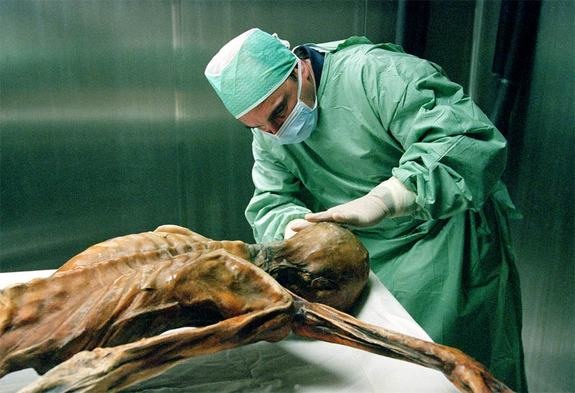 There is an element of art to the process of reconstruction. Scientists don't really know exactly what the muscular structure, facial features, and hair of the Iceman would have looked like, so a certain amount of imagination must be used to build all the details.

But they do know other things about the Iceman's life. To determine where the Iceman might have spent most of his time, analysis of chemicals in the mummy's bones were compared with samples taken from various places around where he was found. It turns out, the Iceman was probably born in the Italian village of Feldthurns but lived most of his life in various other valleys no more than 40 miles from his birthplace. He was about 45 years old at time of death.

There's nothing creepy about this article, 'cuz it's really amazing. If you're interested you should really look into it. Otzi is an anthropological miracle of a discovery. So much stuff was frozen with him: his clothes, weapons, food, even the straw he stuffed in his boots for insulation. The experts still aren't sure who he was, why he was there etc. but they have some interesting theories.

only one word that can describe them.."AWESOME!"
i wish i could made that too

I've been interested in this story since he was found, this is a wonderful addition to it.