Truly spectacular and one the most breathtaking DIY endeavors to grace the front page of WonderHowTo, a recreation of Pixar's UP house was launched to an altitude of 10,000 feet in a private airfield near Los Angeles this past week. The project was executed by a team of engineers, scientists and veteran balloon pilots—(meaning, please, Do Not Try This at Home). 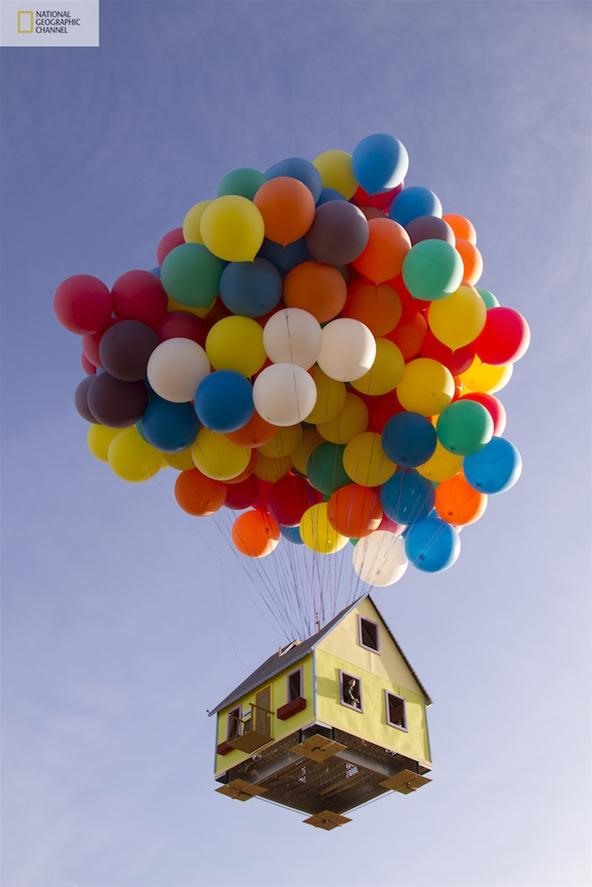 The 18' tall 16' X 16' house, tethered to 300 8' diameter weather balloons, flew for an hour before returning to land, securing the world record for the largest flight of balloons in a cluster. The event was filmed for an upcoming National Geographic series, How Hard Can It Be?, which will premiere this fall. Based on this initial glimpse and the title of the show, it sounds like an AMAZING series. 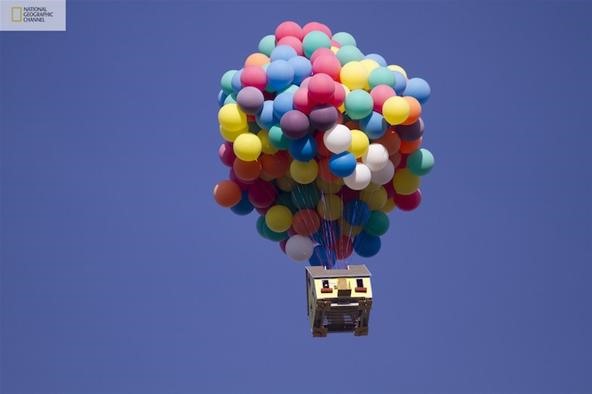 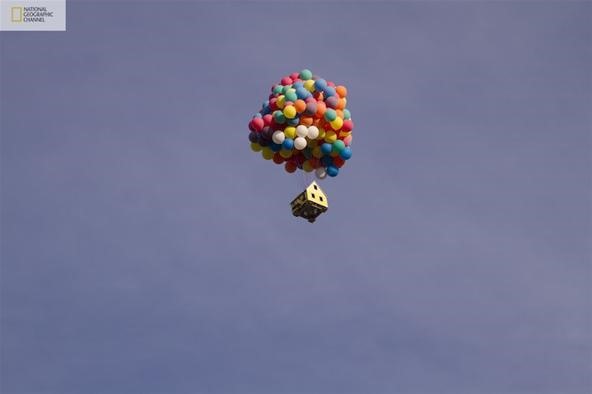 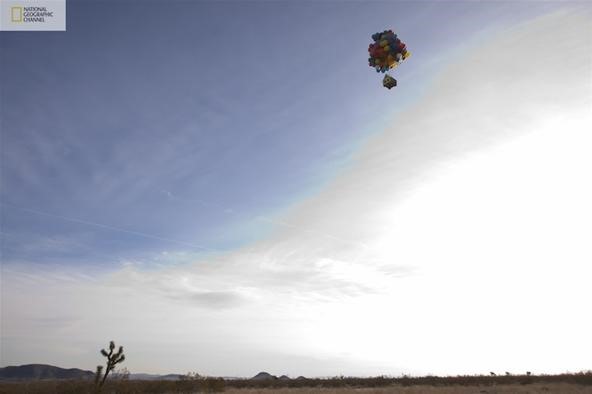 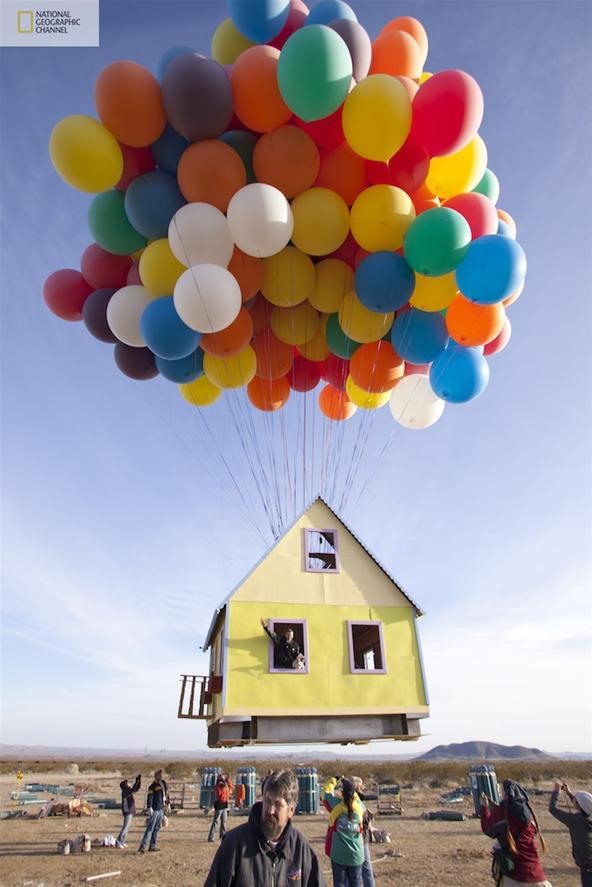 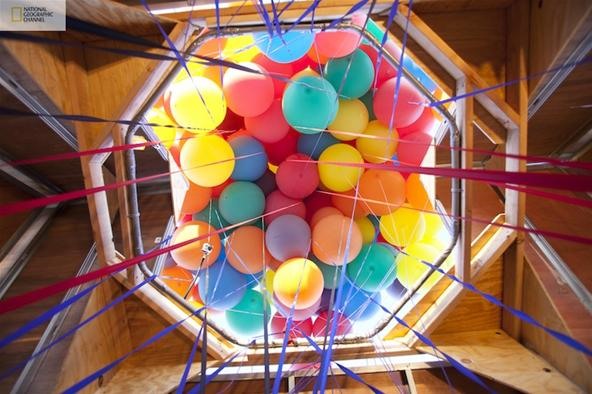 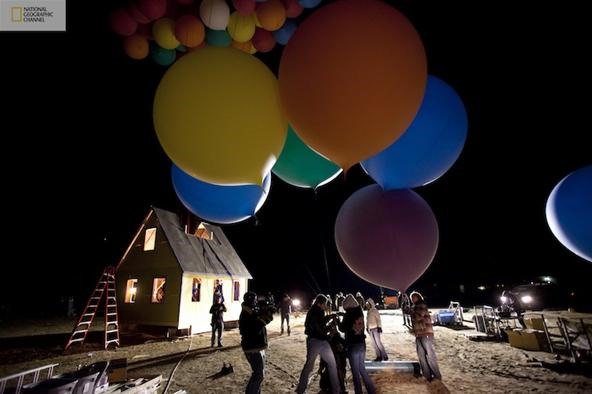 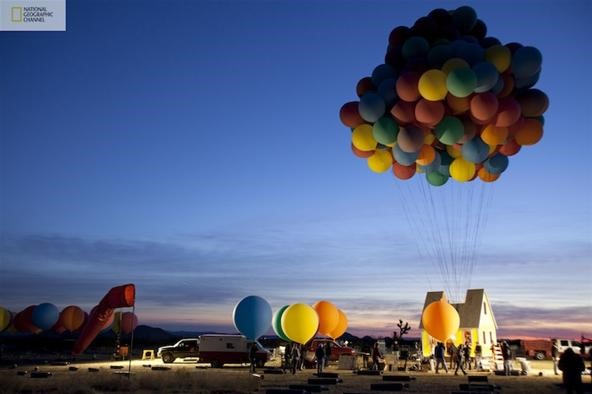 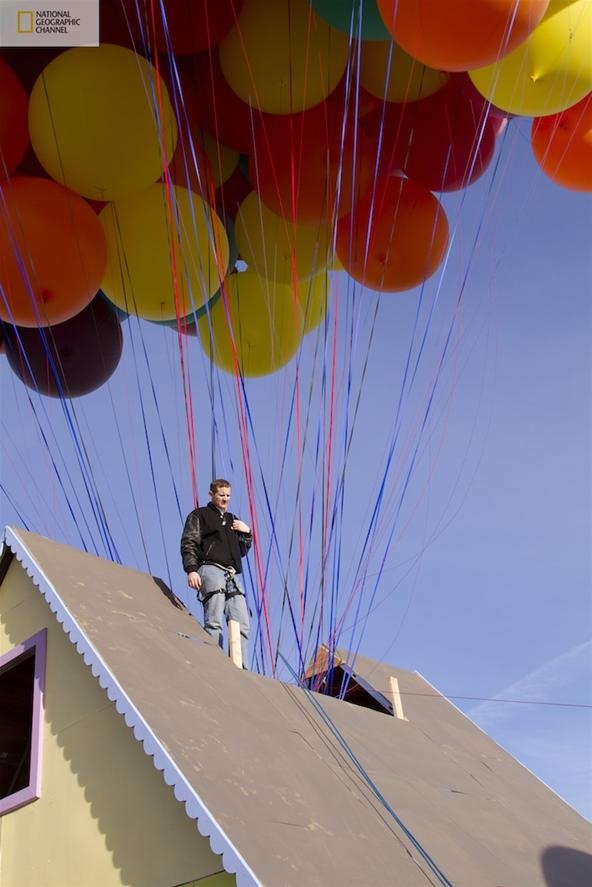 VIA My Modern Met