National Geographic recently published a retrospective of the lovely Jane Goodall, one of the world's most accomplished conservationists. The feature includes every image of Goodall to ever appear in the magazine for the past fifty years. 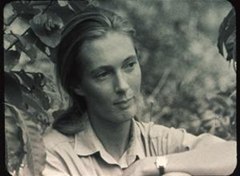 As a young woman new to the field, Ms. Goodall's formal experience and education was limited to a secretarial degree. Despite her inexperience, in the first few weeks Goodall managed to make "three observations that rattled the comfortable wisdoms of physical anthropology: meat eating by chimps (who had been presumed vegetarian), tool use by chimps (in the form of plant stems probed into termite mounds), and toolmaking (stripping leaves from stems), supposedly a unique trait of human premeditation. Each of those discoveries further narrowed the perceived gap of intelligence and culture between Homo sapiens and Pan troglodytes."

**If you want to dig deeper, NatGeo has also archived all the articles they've written on Goodall since 1960. 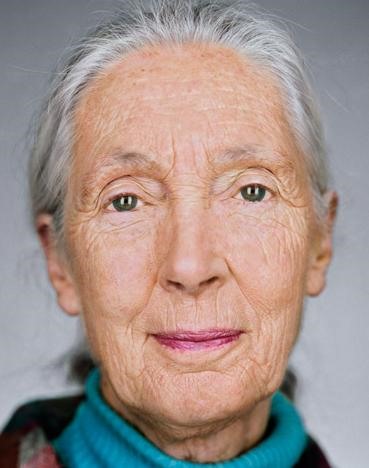 In 1960 a spirited animal lover with no scientific training set up camp in Tanganyika's Gombe Stream Game Reserve to observe chimpanzees. Today Jane Goodall's name is synonymous with the protection of a beloved species. At Gombe—one of the longest, most detailed studies of any wild animal—revelations about chimps keep coming. 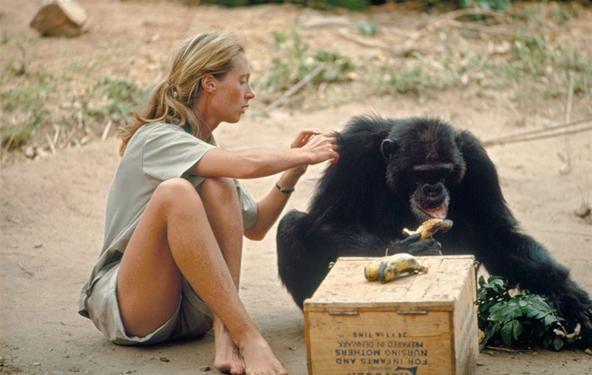 Bananas gave Jane an edge. A steady supply lured chimps and enabled her to gain their trust. David Greybeard (right), who once ate about 50 bananas in a sitting, was the first Gombe chimp to lose his fear of human contact. When he let Jane groom him, it was, she wrote, "a proud moment." It is now known that chimps lack immunity to some human diseases, so Gombe researchers must keep at least 25 feet away. 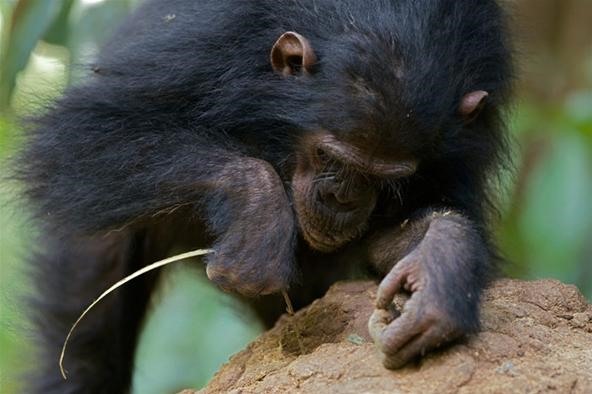 In a memo, Leakey—Jane's mentor—credited her with a discovery that helped redefine what it means to be human: Chimps make tools. Three years earlier Jane had observed chimps fishing for termites with plant stems. This chimp, photographed in 2005, displays humanlike concentration as he snags a termite snack. 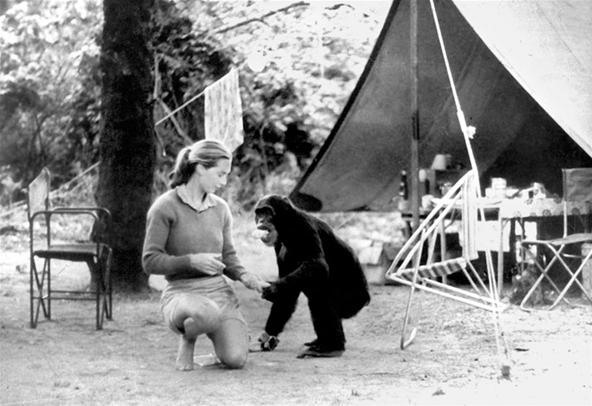 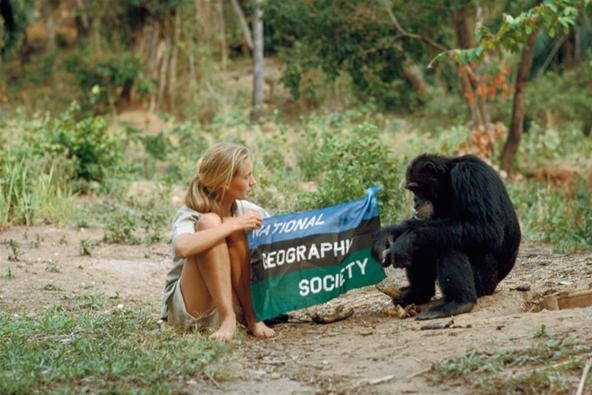 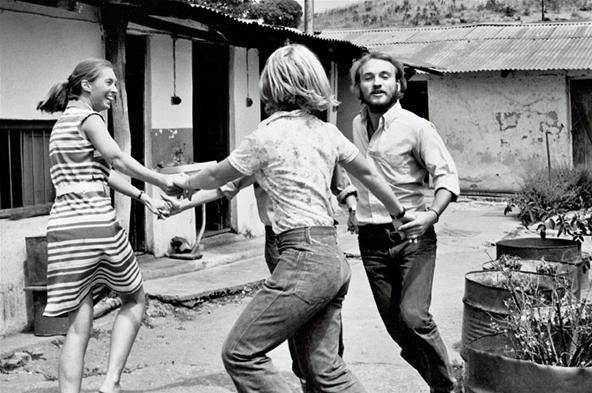 1973: News of a grant moves Jane and colleagues to dance. 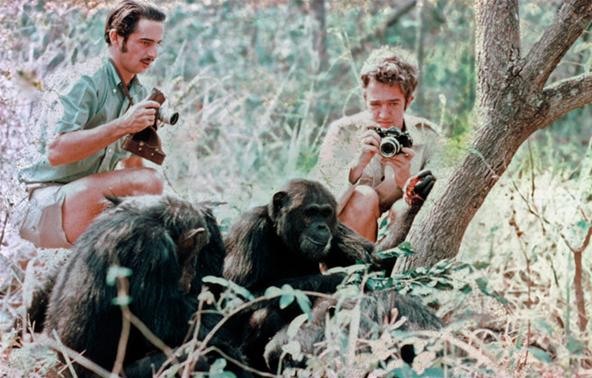 Was neighbours with her assistant in a flat in Singapore and Jane would stop by on occasion. A few of the most amazing people I have ever met. I recall the kids ran around as naked as the chimps... ;)

..she a beauty?! I would sooner call her mother a witt. (Mr Darcy, Pride and Prejudice)