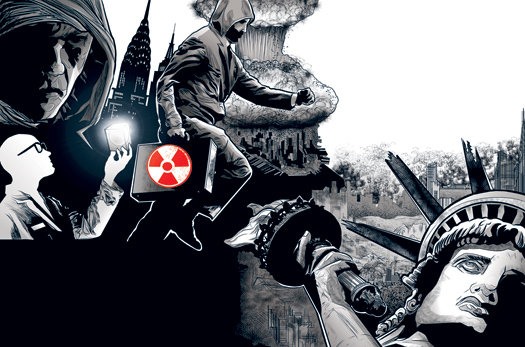 "Scientists are trying to develop pure-fusion reactions—bursts that don't require uranium or plutonium to ignite—for clean energy. But they could also usher in so-called low-yield nuclear weapons that emit very little radiation and could be both small and difficult to detect." 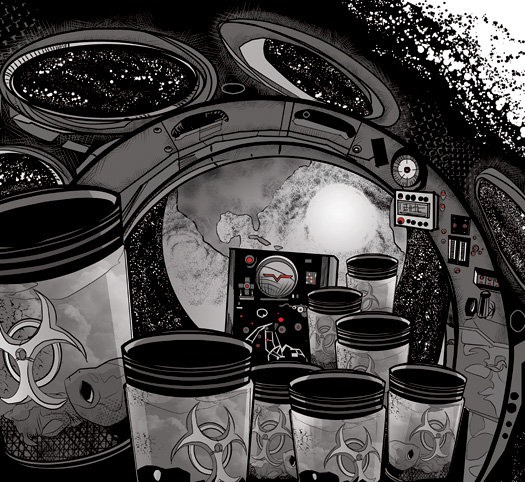 "Rovers and probes have provided some info on Martian soil and climate, but scientists want to bring a chunk of the Red Planet down to Earth on what's called a sample-return mission. Uh, remember The Andromeda Strain? What happens if some freaky virus comes back on NASA's planned 2018 sample return?" 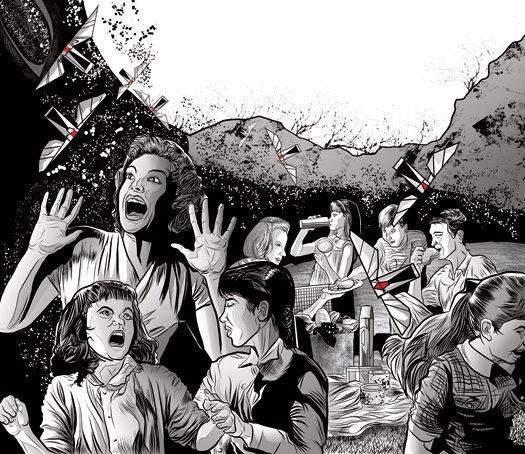 "Last January, at a conference in Sorrento, Italy, researchers from the University of California at Berkeley and the University of Michigan shocked the crowd with a living, remote-control fruit beetle, part of a Pentagon-funded HI-MEMS ('hybrid insects microelectromechanical system') program to develop cyborg creepy-crawlies. Recently the Berkeley team created a remote-control fig beetle that they can launch and land and direct to the left and right." (Previously, Cyborg Spy Beetles). 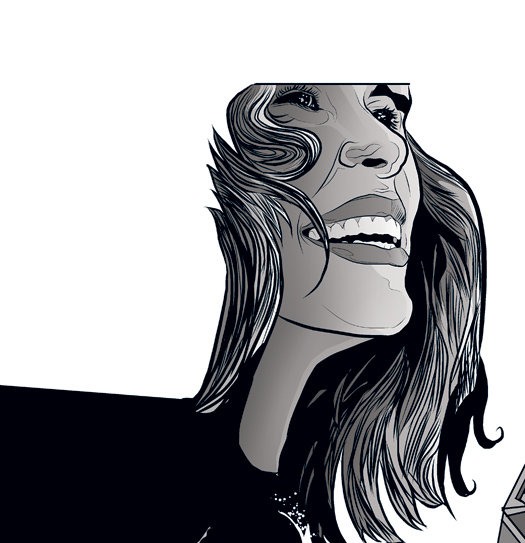 "In 2005, researchers in Switzerland gave 29 test subjects a sniff of the neuropeptide oxytocin, a.k.a. the 'love drug,' known to play a role in developing trust and social attachment in mammals, before having them play a financial investment game. The result? Almost half of the trust-primed oxy sniffers handed all their francs to an anonymous partner. Now insiders say the military may be in the process of weaponizing oxytocin and similar compounds." 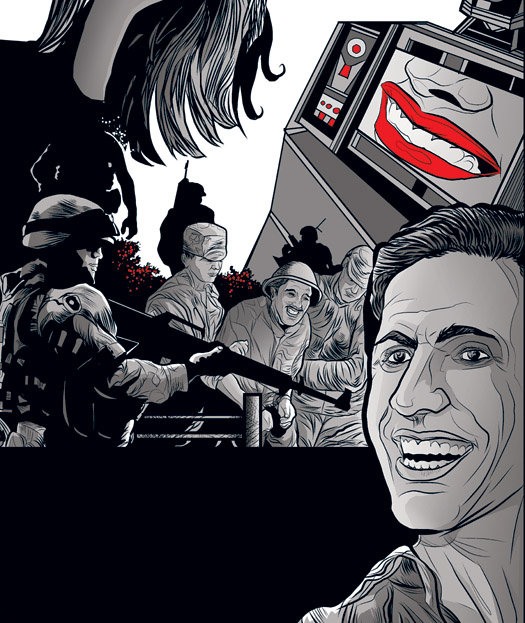 "Last year, 500 or so employees of the Keihin Electric Express Railway in Tokyo lined up in front of a camera to be judged by the Japanese company Omron's Smile Scan software, which measures facial movement and rates smiles from 1 to 100. And smile enforcement is just the beginning; a whole slate of behavior-recognition software will someday pick people out of a crowd for insufficient perkiness."

Click through to Popsci for more information on each project.

The last one kind of freaked me out, why not just cheer the person up rather than ordering them to smile.

oxytocin levels in the brain are outrageously high in compulsive gamblers.