DVice posts six of the world's most powerful telescopes and, man, they are HUGE. Check it out.

The Keck I and Keck II 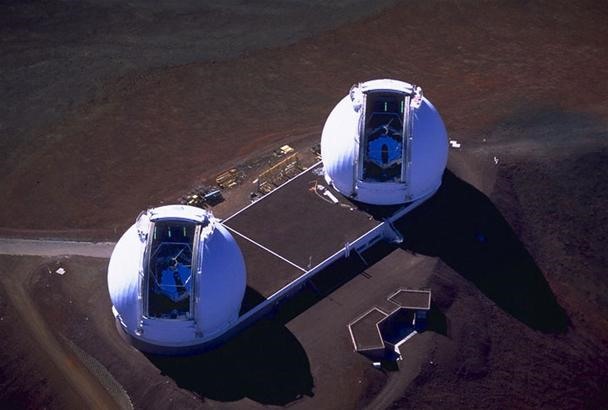 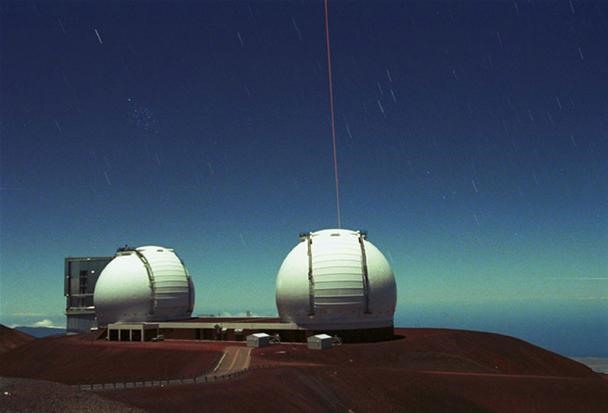 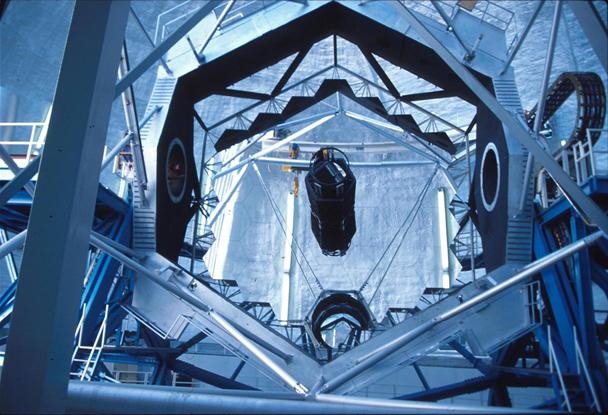 "Built in 1993 atop the summit of Mauna Kea in Hawaii at an altitude of nearly 13,600 feet, the W. M. Keck Observatory pioneered the use of robotic assistance to make telescopes more accurate thanks to rapid, minute adjustments within the span of a second. At 33 feet in diameter each, the Keck I and Keck II telescopes are among the largest in the world, second only to the Gran Telescopio Canarias." 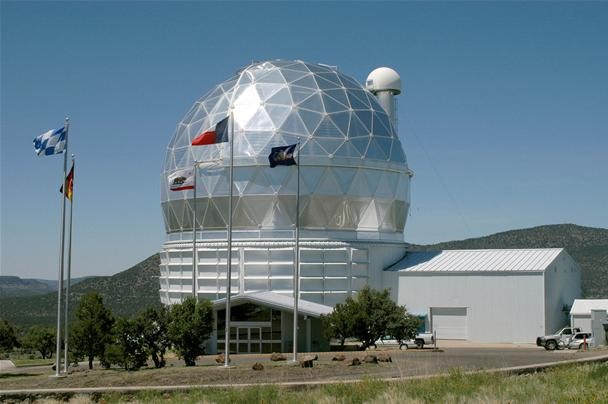 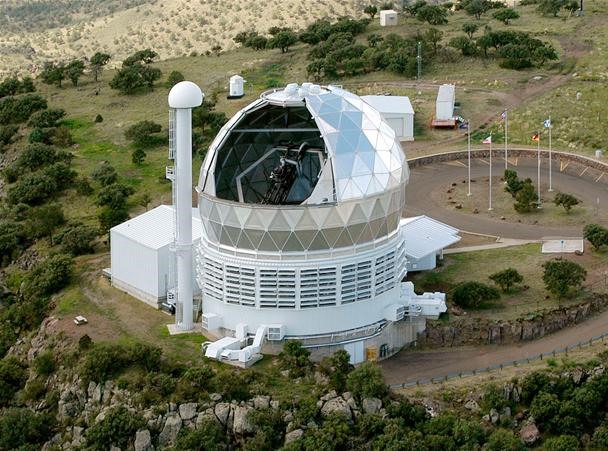 "The Hobby-Eberly Telescope is one of three telescopes at the facility and is the largest since being built in 1996. The HET is different from a lot of telescopes around the world in that its massive mirror remains stationary, while the other components maneuver across it. The telescope is limited in what it can track, and can only watch a single object for about two hours continuously. This unique construction drastically cut down on costs, and with a 30-foot aperture it's still one of the world's largest telescopes." 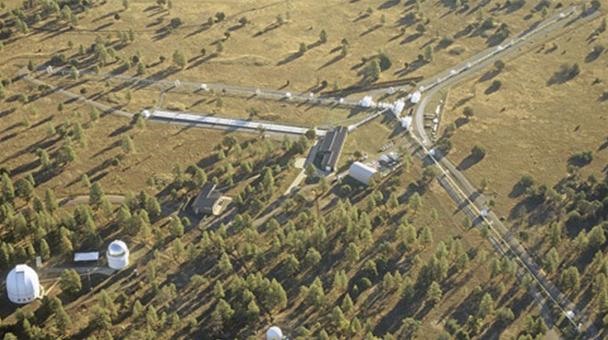 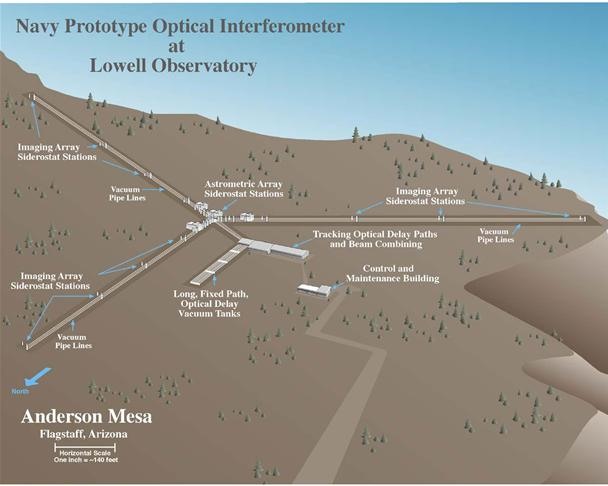 "The Navy Prototype Optical Interferometer just outside of Flagstaff, Arizona is one of the world's few optical interferometers, and rivaled in power only by the new CHARA Array in California even though the NPOI has been active since '96. It gets amazingly accurate results thanks to its use of up to six mirrors rather than just one, as well as, according to the Lowell Observatory (which helps run the NPOI along with the Navy), a method that involves 'light that can be best gathered and directed with mirrors and lenses, generally from the visible light through near infrared light.'" 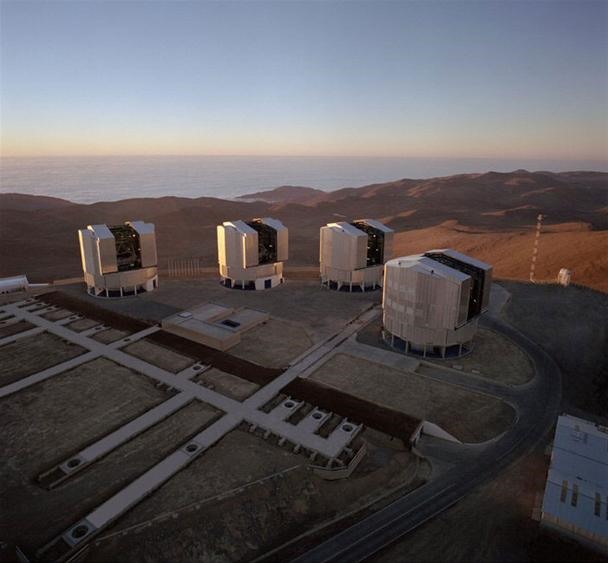 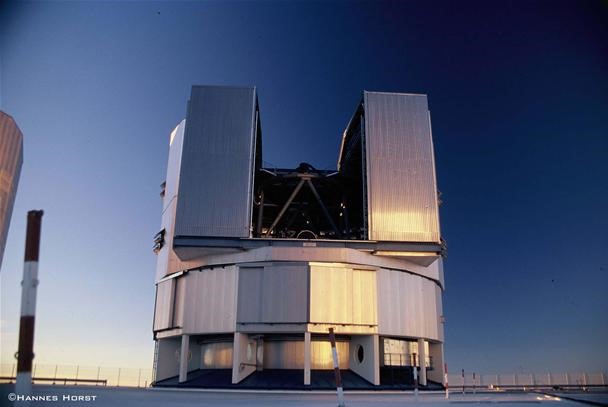 "Active since 1998, four optical telescopes named Antu, Kueyen, Melipal and Yepun make up what's known collectively as the Very Large Telescope located in the Atacama desert in northern Chile. Each one has an aperture rivaling the HET at nearly 27 meters, and when working together they're often used to resolve small objects, such as distant galaxies and even evidence for a black hole at the center of our universe." 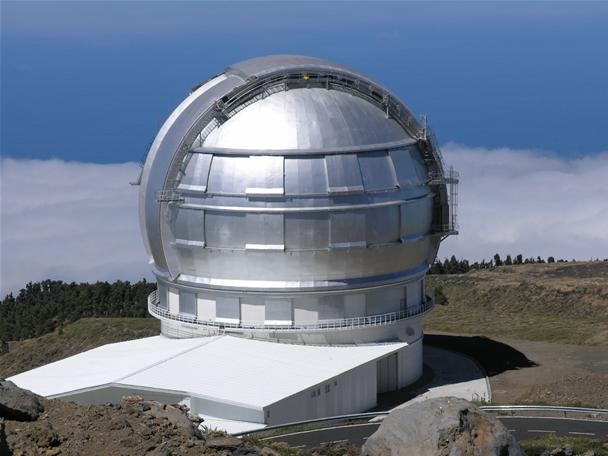 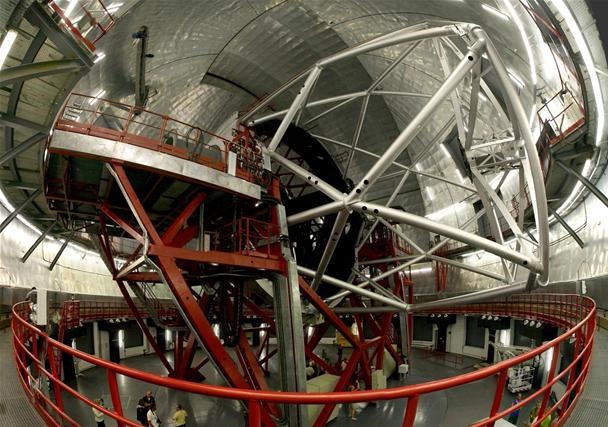 "The Gran Telescopio Canarias has only been active since 2009 and is currently the world's largest single-aperture optical telescope with a record-setting aperture of 34 feet. Located on Spanish La Palma in the Canary Islands, the telescope was completed in 2008 and built at an altitude of nearly 7,500 feet." 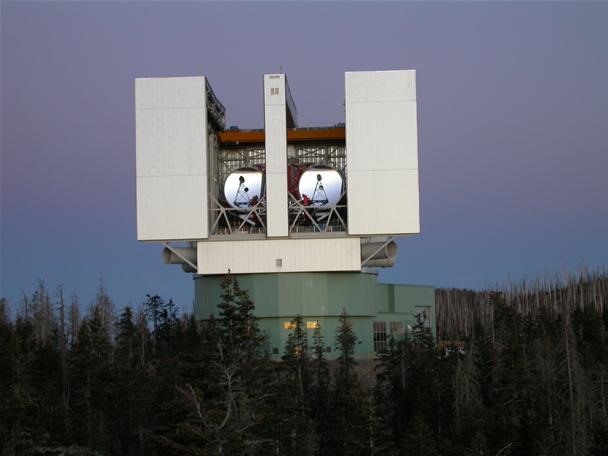 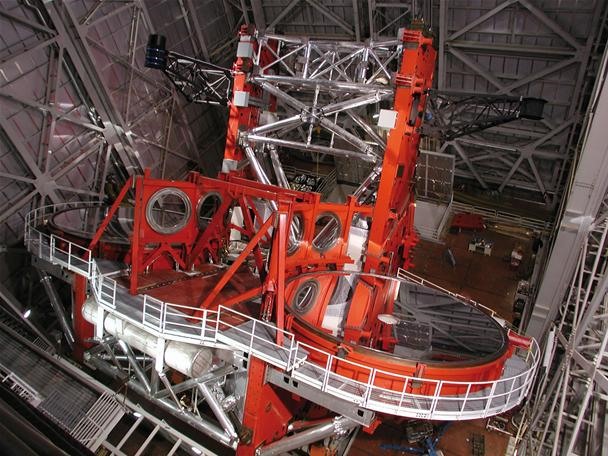 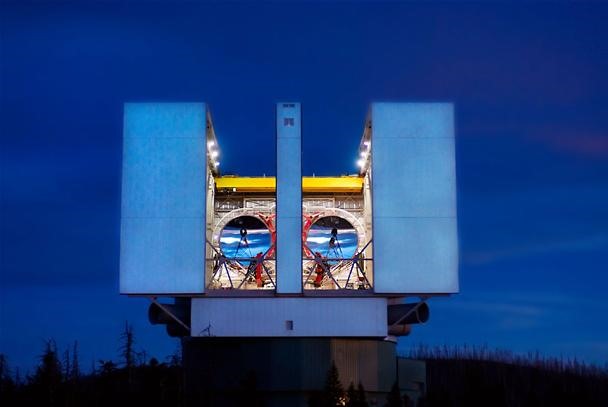 "Situated on the 10,700-foot-tall Mount Graham in Arizona, the Large Binocular Telescope sports a pair of 28-foot mirrors that, working together, can operate in an interferometric mode much like the Navy Prototype Optical Interferometer. The LBT can also operate in an aperture synthesis mode, where it works with an effective single surface of 39 feet — larger than even the Gran Telescopio Canarias."

Wow. And I had the idea they were big tubes on a tripods.
How wrong was I.

Now show us what you can see with them.