Always wanted a fluorescent dog but didn't want to commit? Well, here's your solution. Researchers at Seoul National University developed fluorescent puppies that only glow when you want them to. Just inject the special pups with doxycycline and they'll glow like a black light poster for a few weeks. Then, they return to dull, furry normal.

But genetically, the puppies will always be a bit different than the average dog: they've got a gene from a glowing jellyfish added into their genome. The gene's shape reflects UV light and we see a bright green color emanating from every cell of the transgenic puppy, making the whole organism luminous.

The same research team made a red fluorescent puppy called "Ruppy" a few years ago, but this genetically modified canine glowed red at all times, which was very inconvenient when you didn't want it to be spotted with a UV flashlight pooping in your neighbor's petunias. 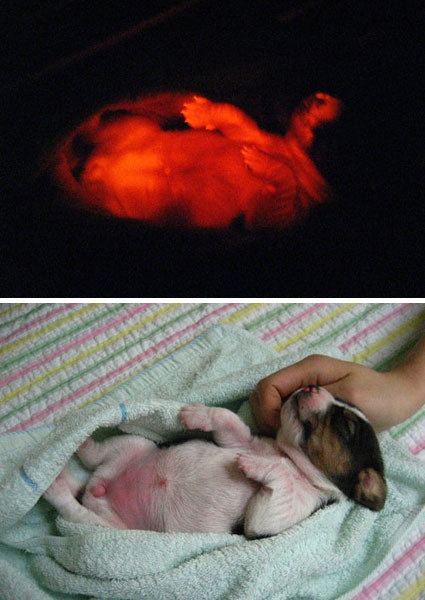 Scientists developed transgenic dogs to test how diseases, hormones, and various chemicals work in the body. For example, switching one gene for another in a dog's DNA might give it resistance to a particular disease. If you can turn this new gene on or off during its lifetime by injecting a chemical like doxycycline, you can control when the anti-disease gene kicks in. This is very useful when genes serve more than one purpose in the body—you can leave it on when times are good and turn it off when times are bad.

Ultimately, researchers have their eye on mitigating human disease. Dogs are particularly useful for investigating human disease because they have a long life span and similar reproductive mechanisms as humans. But, it also makes them more difficult to work with. Transgenic dogs are tough to make. Only about 1.7% of transgenic embryos survive and only about 2% of dogs can carry these embryos to term and birth fluorescent offspring.

Transgenic mice are much easier to make, and are the go-to option for disease researchers today. Fluorescent pigs, fish, and monkeys have also been made. 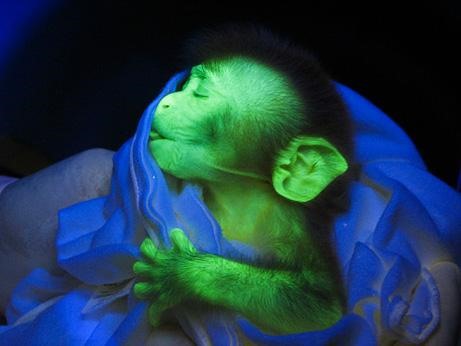 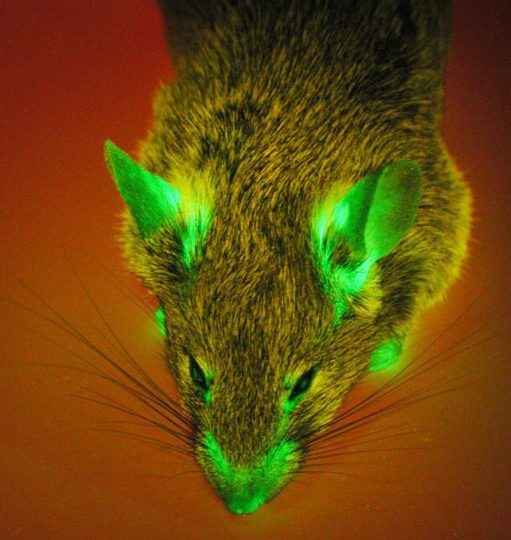 SOURCE Genesis The Journal of Genetics and Development